YOU'RE ALMOST DONE ----- ACTIVATE YOUR SUBSCRIPTION!

You have just been sent an email that contains a confirm link
to the “Jonas Clark Special Report.”

In order to receive the special report you must activate your subscription.
Check your email and click on the link in that email.

After you activate your subscription you will be sent the
Free SPECIAL REPORT download link.

If you don’t see that link in your email in box shortly check your junk e-mail, spam filter, or fill out the form again to have another copy sent.

Read more: The Holy Spirit: Amazing Power For Every Believer 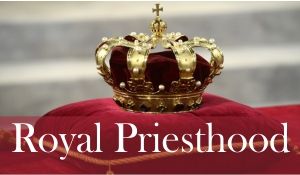 Billy Bray said, "My comrades used to tell me that was no religion, dancing, shouting, and making so much-to-do, but I was born in the fire and could not live in the smoke."

Kingdom of God culture is a war for dominion, kingdom against kingdom, values against values, truth against lies, and light against darkness.

You are in a spiritual war. Scripture confirms that you have spiritual authority to cast out devils, bind and loose, and use the Name of Jesus. Scripture declares, “For the weapons of our warfare are not carnal but mighty through God to the pulling down of strong holds” (2 Corinthians 10:4). Strong holds are strongly fortified defensive structures. These structures are fortified belief systems known as kingdoms.