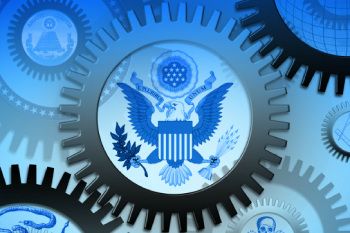 Deep state dissidents are attacking our Republic. They are covetous, boasters, proud, blasphemers, unthankful, unholy, without natural affection, trucebreakers  false accusers, incontinent, fierce, despiser's of those that are good, traitors, heady, high-minded, and lovers of pleasures more than lovers of God.

For the left-wing radical, deceit, political double-talk, and to lie is part and parcel to gaining the commanding heights and creating a new America. To lie, however, is still sinful. Christ said of the devil he is a liar and the father of them.

Today our Republic is under siege by those of a different spirit. They are lovers of their own selves, covetous, boasters, proud, blasphemers, disobedient to parents, unthankful, unholy, without natural affection, trucebreakers, false accusers, incontinent, fierce, despisers of those that are good, traitors, heady, high-minded, and lovers of pleasures more than lovers of God and “the truth is not in them.” They stand against everything you and I have come to love about our nation.  These, “knowing the judgment of God, that they which commit such things are worthy of death, not only do the same but have pleasure in them that do them” (Romans 1:32).

We have been lied to by corrupt politicians, socialists, too big to fail bankers, Wall Street fat-cats and others that hate our country, culture, U. S. Constitution, liberty, free market capitalism, family, and, most of all, our God. These lying supplanters desire a new America, one of their own making and will stop at nothing until America framed by our Founding Fathers is destroyed.

“We must be ready to employ trickery, deceit, law-breaking, withholding and concealing truth,” said Vladimir Lenin.

To destroy the Republic requires tactical deceit. To the collectivists, known truths must be distorted, redefined. Confuse, confound and overwhelm. Aggravate the system. No, aggravate everything. Infiltrate respected organizations by serving your way in. Avoid controversy at first, later create it, blend in and when the time comes seize the seats of leadership, means of production and governing authority. To gain the high places tell people what they want to hear. Lie, yes, and lie profoundly when necessary. When caught deny and lie again. After all, truthfulness is irrelevant and fundamentally a Christian trait but not for the anti-Republic Marxist. Hold the Christian and patriot alike to his word, pin him to his faults but never the Philistine radical. Just like Marxist hold the Christian’s God in contempt.

Even that dreaded Italian butcher of liberty Benito Mussolini considered God the creation of empty-headed theologians and “religion a species of mental disease.” Further, consider not your accuser's facts. When confronting truth with error simply smile. Americans, after all, are easily deceived by smiling faces and have forgotten Shakespeare that remarked: “one may smile, and smile, and still be a villain.” Remember too, the more charismatic the deceiver, the sharper his sword.

Here are a few famous lies that many Americans will remember.

“The world will note that the first atomic bomb was dropped on Hiroshima, a military base. That was because we wished in this first attack to avoid, insofar as possible, the killing of civilians.” — President Harry S. Truman August 9th, 1945.

“I am not a crook.” — President Richard Nixon, November 17th, 1973, after involvement in wiretapping political opponents in the Watergate Scandal.

“I did not have sexual relations with that woman Miss Lewinsky.” — President Bill Clinton.  Monica Lewinsky was a White House intern that alleged nine sexual encounters with Clinton in 1995, 1996 and 1997.

“After paying the bills, my plan reduces the national debt, and fast. So fast, in fact, that economist’s worry that we’re going to run out of debt to retire.” — President George Bush, February 2001.

“To address the perception that some institutions are too big to fail, we must improve the tools at our disposal for facilitating the orderly failure of a large, complex financial institution.” — Henry M. Paulson Jr., former Goldman Sacs top executive and U.S. Treasury Secretary in the Bush administration, in a speech in London July 2008.

By November taxpayers were forced to bail out too-big-to-fail AIG, Fannie Mae, Freddie Mac and America’s largest banks to the tune of $787 billion. At the writing of this essay, the bailouts continue in the Obama administration.

“The troubles in the subprime sector seem unlikely to seriously spill over to the broader economy or the financial system.”

“The fundamentals of the economy are strong.”— Republican Presidential candidate John McCain, September 2008.

“The thing that bewilders me is this president just cut taxes for 95 percent of the American people.” —Presidential advisor David Axelrod said of President Obama September 2009.

These may explain the lack of trust with America’s political leadership on both sides of the Congressional isle. The point is, like Edmund Burke said, “The people never give up their liberties but under some delusion.” And I might add, delusion accompanied by profound lies.

The U.S. Constitution, a government with a division of powers, the Church, State sovereignty, city governments, and American traditions held sacred and passed down through generations from the Founding Fathers has been “systematically eroded.” Part of the erosion was empowered through the tactical efforts of secular humanists to kick God out of the nation.

When a nation is no longer led by godly principles, it doesn’t matter what form of government for even then the best government ever framed by man the U.S. Constitution is in danger. John Adams, second President of the United States, confirmed this premise.

“Our Constitution was made only for a moral and religious people. It is wholly inadequate to the government of any other.”

“When the righteous are in authority, the people rejoice but when the wicked beareth rule the people mourn” (Proverbs 29:2).

To shred the fabric of our Republic has been possible by radical left-wing “tactical activism” and redefining the threads that weave us together by spotlighting our faults and failures. Their strategy has been to rewrite historical biographies, add to their message, detract when necessary and yes, lie profoundly.  Ruling the commanding heights has always been the goal. Gain them, neutralize Christ’s importance in governing the affairs of men—the definition of politics—and create a new America with a different set of values and rules.

Progressive attorney Randy Shaw wrote of tactical activism in “The Activist’s Handbook.” In the following, he lays out the left-wing’s activist focus.

“Activists should expend their energy primarily on implementation, “responding to the opposition’s campaign solely within the framework of furthering their own programs.”

Rather than simply oppose the right-wing agenda, activists must advance and “frame issues” that unify people around objection to “social and economic unfairness” rather than hostility toward others.

Adopting a “fear and loathing” approach toward elected officials, particularly self-identified progressives, is essential for achieving social change. Social change activists should also consider “litigation for its deterrent effects.” A lawsuit can help activists achieve their goals even if the suit itself is ultimately lost.

As you can read, “social change” is the objective. No one defines radical left-wing activism better than Saul Alinksy, the father of modern socialism. He defined the path to the commanding heights in “Rules for Radicals: A practical primer for realistic radicals.” Discovering the tactical approach to creating a new America will require you to understand Alinksy’s theology of activism because he is the apostle of the modern left-wing radical. He writes,

“A Marxist begins with his prime truth that all evils are caused by the exploitation of the proletariat (working class) by the capitalists. From this, he logically proceeds to the revolution to end capitalism, then into the third stage of reorganization into a new social order of the dictatorship of the proletariat (working class), and finally the last stage— the political paradise of communism.”

2. Reorganize into a new social order under a dictatorship over the working man

Our God is not a communist. He put within each a “particular gift.” That gift is your “means of production.” With that gift, you can chart a course toward personal prosperity and fulfill the first commission to “be fruitful, and multiply, and produce, and subdue and have dominion” (Genesis 1:28).