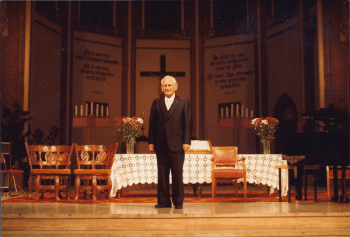 David Johannes du Plessis (7 February 1905 – 2 February 1987) was a South African-born Pentecostal minister. He was one of the main founders of the charismatic movement that spread the baptism of the Holy Spirit with the evidence of speaking in other tongues to non-Pentecostal  churches worldwide. David du Plessis was known as Mr. Pentecost.

John Hyde was born in 1865 in Carthage, Illinois. His father was Reverend Smith Harris Hyde a Presbyterian. John Hyde and his brother Edmund attended seminary together. John looked up to and admired his older brother very much. 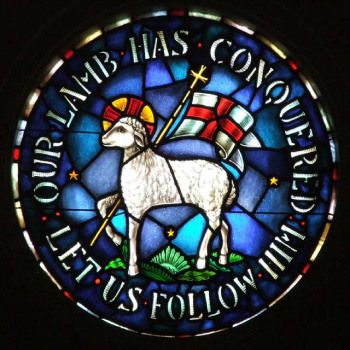 Nicolaus Ludwig von Zinzendorf, born to Austrian nobility, was influenced by Pietistic preaching and founded the Moravian Missions. The Pietist were a group of zealous Christians that are known as the instruments of the Second Phase of the Reformation. Church life tended to be shallow, and that meaningful religious commitment on the part of church members was frequently lacking. Christianity was, for the most part, was something done rather than a lifestyle.

Azusa Street Revival was founded by William Joseph Seymour, co-founder of modern Pentecostalism and one of America’s greatest African American religious leaders.The revival sparked a mighty outpouring of the Holy Spirit. Many saved, healed, and baptized with the Holy Ghost, with evidence of speaking in tongues.

Howard Carter was a missionary to missionaries, a friend of Smith Wigglesworth, Lester Sumrall and a leading speaker at international Pentecostal conferences throughout the world. He was most distinguished for his teaching on the Gifts of the Holy Spirit. He was a gentle and refined man, yet rugged when needed. A careful study of his life reveals an educated man after God's own heart who carried a strong passion for Jesus and a quiet sense of humor.

Read more: Howard Carter: A Man of Whom The World Was Not Worthy
Page 1 of 3